The problems in Mississippi have gripped Alabama, South Carolina, Delaware, Texas, Oklahoma, California and other prison systems. There is a disconnect between reality and the source of the problem. Human life was not intended to be lived in a cage, a steel and concrete cell, or a prefab building. It’s telling when we have so many “advocates” and reformers, etc calling for better living conditions. This is a symptom and reflection of the “kind slave master” who believes that the institution of slavery can be humane with proper amenities, a full staff of corrections officers, and technologies that will allow for the system to “keep an eye” on the plantation warehouses.

But . . . these ideas have to be rejected as well, because they reflect acceptance of the institution, which is predicated on white supremacy, social control of black and brown people and the racist belief that Black, Brown and poor white people are somehow less human and , therefore, deserving of being separated from society and caged like the brutes and beasts of burden that they allegedly are, and whose best purpose is the be directed and guided towards forced labor to enrich the rulers of society.

Even in the conversations about prison reform, you never hear the “benevolent reformers” mention the forced labor endemic to the slave plantations. Sure, they will point out the fact that Black people are disproportionately targeted for Incarceration, but they never delve into the issue of forced labor and the history of slavery. Why? Because the reformers are the descendants of the former slave masters. The reformers habor the same racist thoughts about the “bad nigger” and those who “need to be there.” They call these the “violent offenders” or the “murders” etc, yet they don’t want to acknowledge the intentionally created social and economic conditions that are major contributing factors to these social crimes in the first place.

The reforms don’t need to start at the Prisons or the criminal justice system. It needs to start with the cultural norms, the ideologies and ingrained values of the reformers that lead to the creation of slave plantations and prisons in the first place. But to start here would require the “reformers” to take a look in the mirror. To look at the family tree and their ancestry . And the “reformers” don’t want to start there because then they have to look at the values that they hold dear; the institutions that they pledge allegiance to, and the fears that they habor about people simply because of the color of their skin.

The easy way out is to blame the victim in the cages for their own problems. And say that their prisons only need more guards to keep those who deserve there. When the reality is that prisons are so inhumane that not even the worst that a racist, hatful, deranged society has created deserves to live in a cage – no matter the size of the cage, the level of security, of the wages , cameras and extra safe locks on the doors. Mississippi has shown, once again, that the worst of society are those who try to maintain, reform, and select who should stay and who should be released on parole, receive good time in, America’s cages. Ain’t no way to fix or reform it. It’s time to FREE ALL AMERICAN SLAVES !!!
F. A. M

Hello Everyone I hope you having a great day. I will like introduce myself as a fair mind person & bring awareness to you all in hopes of empowering ourselves,our families & our communities!

All this week we will be meeting at 9 am at Smith Park in Jackson on amite St. We will be feeding God’s children and walking the streets with protesting signs shining the truth on how MDOC is physically, spiritually socially, and psychologically paralyzing our Husbands, Wives, Sons, Daughters, relatives according to their Lack of medical assistance, Lack of rehabilitation, Lack of re-entry preparedness programs, Lack of staff, Lack of feeding & a Host of Improper housing issues stemming from various Inhumane conditions.

As peoples of Gods creation we are not perfect & Our fore fathers created this Human, Justice system for individuals that have fallen into errors & need to be rehabilitated for your future and your children future in our society, but somehow our Legislatures have abandoned, abused & allowed too many un-lawful decisions to subtract from the attributes of our Human reforms & we now have to witness no advancement of Our communities except more prison industries. It is too many errors in the body of these institutions not to have a effective & sufficient housing conditions under such circumstances, so It is our duty to bring to you all attention many facts that need addressing & corrected for the prison overcrowdness & free prison slavery etc. @@@@@@@@

Please join us in the struggle of overcoming the injustice, inhumane treatments of MDOC.” 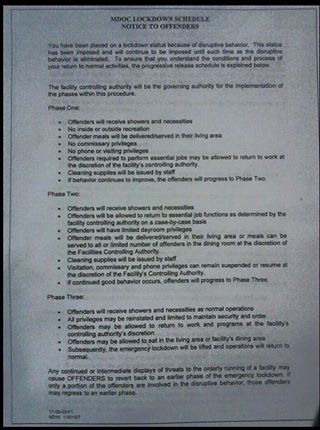 NON-VIOLENT AND PEACEFUL PROTEST FOR CIVIL AND HUMAN RIGHTS MOVEMENT AGAINST MASS INCARCERATION AND PRISON SLAVERY
A mass prisoner strike wave is coming in state and federal prisons all over the country.We need to build a national activist movement against prison slavery, but in support of the Free Alabama Movement & Free Mississippi Movement United, we propose the following immediate action campaign:

2. We need to have a series of mass meetings in Birmingham, Selma, Pritchard, Anniston, Montgomery, Decatur-Huntsville, Tuskegee, Enterprise, Troy, Bessemer, Collegeville, Foley and others in Alabama, and Clarksdale, Gulf Port, Greenville, Jackson, Hattiesburg, and Parchman in Mississippi to expose the conditions in these state prisons, to educate and organize communities of color especially, as well as all others opposed to structural racism represented by this system.

3. We need to call for a mass international email campaign about conditions in Alabama and Mississippi prisons, backed up with pictures, videos, and firsthand account interviews from the men and women incarcerated in these (and other) States.

4. We need to build a coalition with other Movements around the world that address issues concerning mass incarceration and prison slavery, including political prisoners, civil and human rights violations at immigration detention centers, private prisons and divestment programs, solitary confinement, juvenile rights, mental health, and the death penalty.

5. Contact HBCU’s and other universities (Yale, Harvard and other Ivy League schools are currently doing demonstrations on campus about solitary confinement). We also need to partner with legal groups about filing a series of class action lawsuits against conditions in Alabama and Mississippi prisons.
However, unlike the current groups like the ACLU, SPLC, SCHR, EJI and others who only sue for cosmetic changes and million dollar attorneys’ fees settlements, we want legal groups who will demand a jury trial and who will seek compensatory, punitive and any other damages available. (The ongoing abuses in America’s prisons give the first real chance at reparations-type compensation for current slavery practices)

6. Go to the United Nations Human Rights Council with a human rights complaint about Alabama and Mississippi prisons being a violation of international human rights covenants.

7. A national protest march in Montgomery, Alabama and in Parchman, Mississippi against prison slavery, as well as continuing picket lines at the Alabama and Mississippi Departments of Corrections.

8. A Southern Regional [or national] Prison Activist Conference (Alabama, Mississippi, Georgia, Florida, Texas, Louisiana), about not only conditions in Alabama and Mississippi, but all over the country.

9. An Emergency Response Network to be able to respond in support of prison strikes in Alabama and Mississippi, or anywhere in the country where work strikes are taking place, and prevent mass repression by prison officials.

10. We need to recruit students, youth, and community activists as volunteers from all over the country.

11. We need to have a massive fundraising campaign on GoFundMe to obtain the funds to make this happen. We should create a joint fundraising committee to handle the funds and make an accounting of all funds raised.

Note* A Western Regional base is being developed for California and Arizona. And Illinois is also being targeted for development.

JOIN THE MOVEMENT AND START YOUR CHARTER TODAY

None of us are FREE until we ALL are FREE . 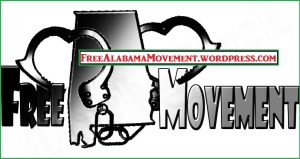