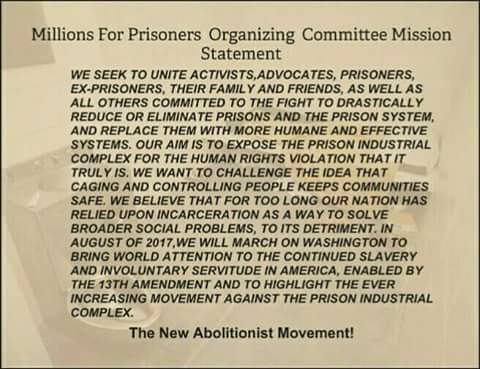 For more information on the Millions For Prisoners Human Rights March, click here.

http://sfbayview.com/2017/02/michigan-prisoners-speak-out-against-epic-abuse-and-retaliation/
Michigan prisoners speak out against ‘epic’ abuse and retaliationFebruary 3, 2017

Minutes from the Millions For Prisoners Human Rights March in Washington, DC on August 19, 2017